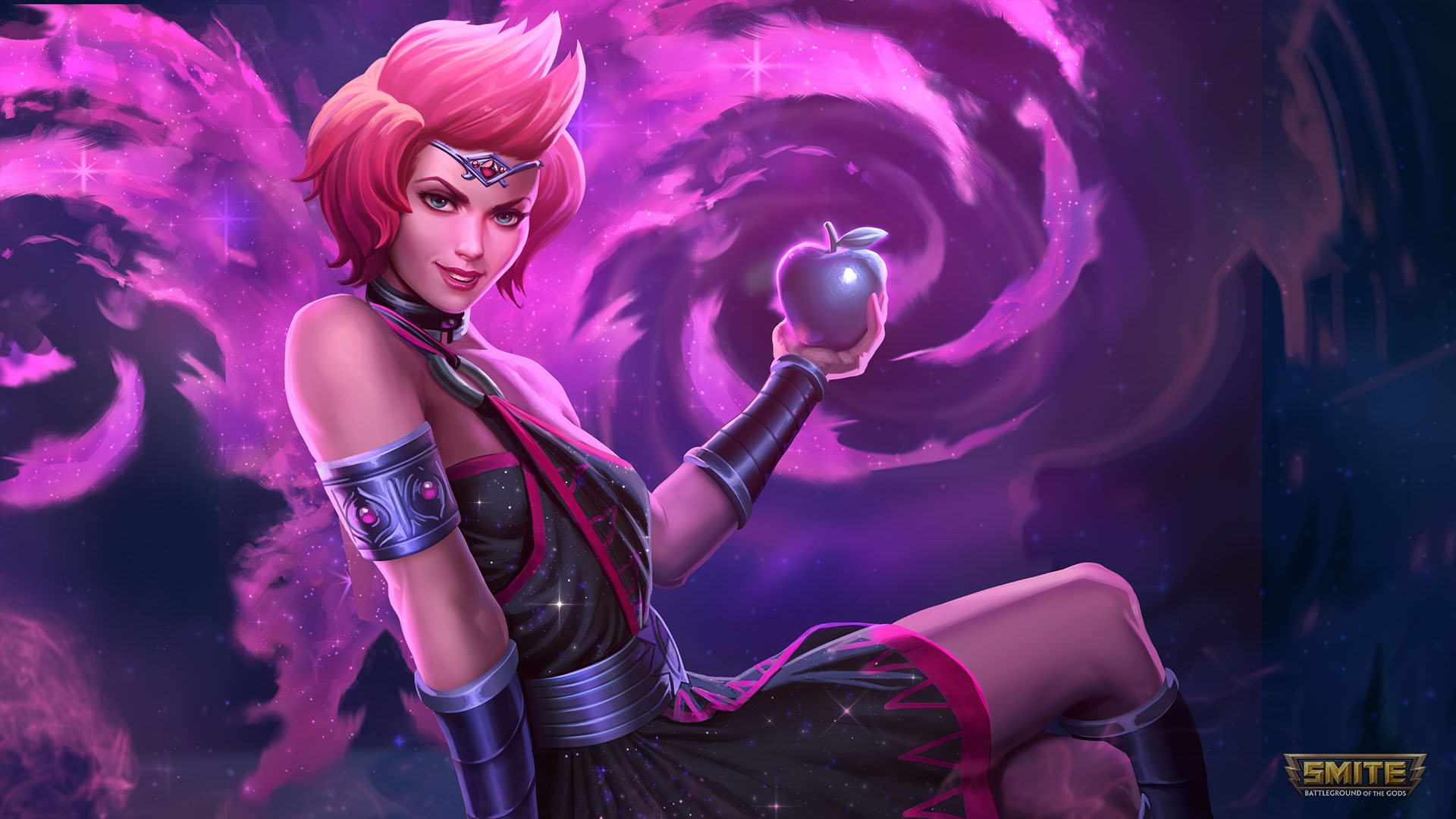 The Smite World Championship is closing in and that means that every patch leading up to it carries more and more weight as they will dramatically impact both the meta and the outcome of the series. With this patch, we’re getting a new Roman god: Discordia.

Let’s start with the most exciting part: the new god. Discordia is a mage whose passive and ultimate are both going to be rage-inducing. Her passive – Contest of Gods – grants a power buff to the player with the top damage dealt on her team. This means that players who have a good start early on will benefit from a power buff that can help them carry their advantage into the mid and late-game.

Her second ability, Strife, inflicts Madness, a status effect we haven’t seen since Serquet, on an area, but only if two or more enemy gods are hit. It also deals damage to all enemies hit. If this ability hits one target, the target is rooted instead.

Her third ability is again similar to Serquet’s leap–Erratic Behaviour–allows Discordia to leap and create a stealth area and gain bonus movement speed. For every .5 seconds that she remains within the area, her first two abilities cooldown’s are reduced.

Finally, her ultimate, Golden Apple of Discord, sees Discordia throwing a projectile that passes through minions and bounces off of walls. If it comes into contact with an enemy god, it damages them and forces them to hold the apple. When holding the apple, enemy gods begin a detonation that can spread the effect which is – being intolerable. The apple causes players hit to spam taunt uncontrollably and say “I’m the greatest” in VGS. They are also crippled and intoxicated during the detonation countdown. When a god is hit by the detonation, they get the same effect but they say “no” “I’m the greatest.”

While it will take some time to see how she affects the meta, Discordia is certainly a fun god to play, and an especially frustrating god to play against. Her kit has a lot of crowd control in it, and her ultimate is great for confirming kills, especially when team fighting. You can read more about Smite, including the god they added before Discordia, Hachiman, here. You can also read more about the ongoing Odyssey here. You can check out the god reveal video below:

How to Unlock Matteo Guendouzi FIFA 21 What If Card
What Are the New Animal Crossing HORI Switch Accessories?
Fortnite: How To Get The Psylocke Skin – Marvel Outfits Return
How to Unlock POTM Messi FIFA 21 SBC Card in Ultimate Team
Warzone: Will The Nuke Event Happen On March 11? Latest Details Revealed