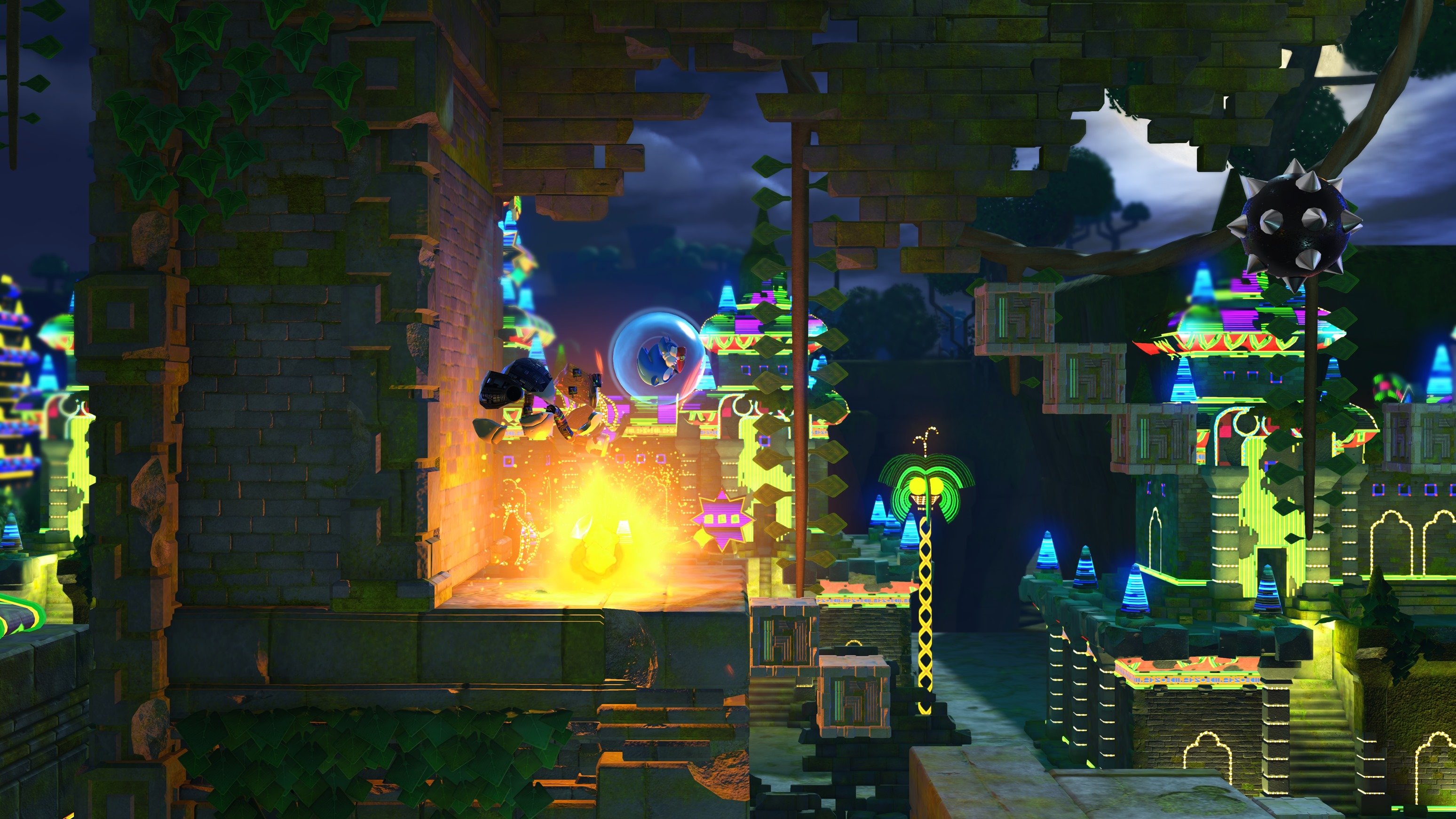 If Casino Forest looks familiar, its because it is. This classic Sonic stage was inspired by Sonic The Hedgehog 2 stage, Casino Night Zone, a night stage featuring neon lights, casino references, pinball bumpers, flippers, plungers, and some sweet music to accompany it. Additionally, Casino Night Zone was also a playable level in the Nintendo 3DS Sonic Generations, and appeared in the console and PC versions as a pinball minigame.

Much like Sonic Generations, Sonic Forces includes Modern Sonic and Classic Sonic stages, each with their own different approaches and style of gameplay. This breaks up the gameplay to ensure there are new elements introduced throughout the game’s campaign.

On top of that, the upcoming title will allow you to create your very own characters and join the fastest thing alive in his mission to save the world.

Currently, the game is being worked on by the same development team that worked on Sonic Colors and Sonic Generations. For more information on the title, you can check out a new trailer focusing on the game’s single-player mode, another trailer announcing a new expansion titled Episode Shadow, as well as the special edition for those who pre-order of the console version of Sonic Forces.

Sonic Forces is set to release on November 7, 2017, on PC, PlayStation 4, Nintendo Switch, and Xbox One. Below, you can check out the new gameplay footage alongside several new screenshots.