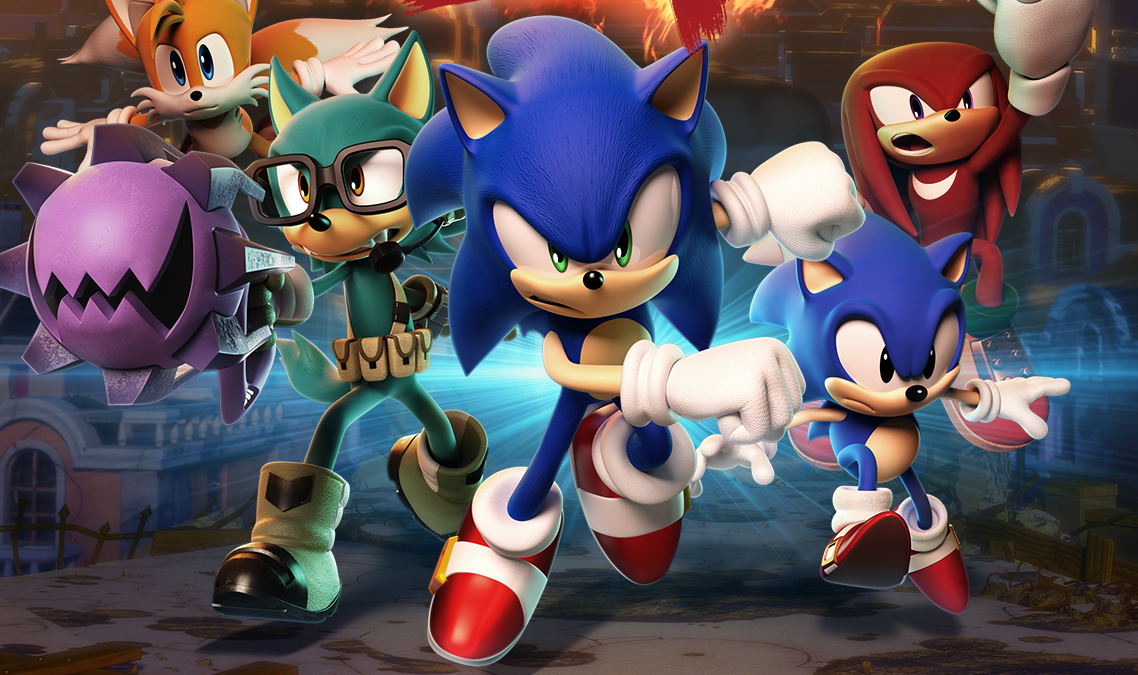 One of the most interesting dilemmas faced by many software developers nowadays is “do we support the Nintendo Switch or not?”

Sega is certainly in the camp of the supporters, and during a preview event at the publisher’s development headquarters in Tokyo, DualShockers had a chat with Sonic Team Head Takashi Iizuka, Sonic Forces Producer Shun Nakamura, Director Morio Kishimoto, Lead Programmer Hiroki Tokunaga, and Art Director Yoshitaka Miura. We did our best to quiz them on the Switch version of the game.

The first interesting thing we heard from Iizuka-san is that the team was already committed to port the game on Nintendo Switch from the very beginning, even before anyone really knew what the console was all about.

One of the challenges of the process was that the the team had a deadline by which the game needed to be done, and a mysterious hardware they needed to work on, without fully understanding the full extent of what it could do, or of what was unique to it.

On the other end, what helped make development really smooth was that the team was using its own proprietary engine, the Hedgehog Engine 2. That made working on Nintendo Switch much easier once they were finally made aware of what the console actually was.

The team has a lot of control on what the final game is going to look like, and they did their best to make sure that – while the display resolution is different – the game has the same overall look and feel no matter what platform we’ll play it on.

Of course, development on the Switch version was started after the other platforms. When the PS4 and Xbox One versions were in the alpha stage, the team was at the point in which they could run only one stage of the game on Nintendo’s console that really looked and felt like what they were aiming to. Even if the core content of the game was done, a lot of the development for the Switch version came right at the end, in order to customize Sonic Forces to make the best out of the hardware.

Even around the time of E3, the development team wasn’t yet sure if they’d make it in time. In the end, it’s all thanks to the use of a proprietary engine and to having full control of it, that they managed to really polish the game for the Switch during the final stages of development.

Miura-san also explained that the game was first developed on PC, and then the team made sure that it works well on all platforms. Having multiple platforms didn’t bring many changes into the workflow, but they had to match the performance of the Switch, so that requires required dedicated tweaks.

Tokunaga-san then provided some precise figures about resolution and frame rate on Switch. While PS4 and Xbox One run the game targeting 60 FPS, the Switch hardware can’t support that with this specific title, so the development team adopted an interesting solution: while the graphics run at 30 frames per second, the controls run at 60. This ensures that the way the player interacts with the game feels good, sharp and smooth, and isn’t undermined by the hardware’s capabilities. The team worked very hard to make the best of what the Switch can offer. As for resolution, it’ll be 720p in all modes.

Tokunaga-san explained that Sonic Forces is a very fast game, and quick response to inputs is key to its enjoyment. Limiting the controls to 30 FPS would turn it into a completely different game. That’s why the team adopted this hybrid solution to make sure that the gameplay was preserved.

Sonic Forces will release on November 7, 2017, for PC, PS4, Nintendo Switch, and Xbox One. If you want to see more about the game, you can check out some recent screenshots and gameplay.

This is what happens when you put a PS3 game into a PS5
Assassin’s Creed: Valhalla Had the Biggest Launch in the Series’ History
Nintendo Sets Animal Crossing: New Horizons Guidelines for Businesses and Organizations: “Refrain From Bringing Politics Into The Game.”
Genshin Impact: miHoYo Sues Two Players Who Leaked Version 1.2 Closed Beta Content
Subarashiki Kono Sekai, The World Ends With You Sequel Possibly Teased By Square Enix Through Countdown