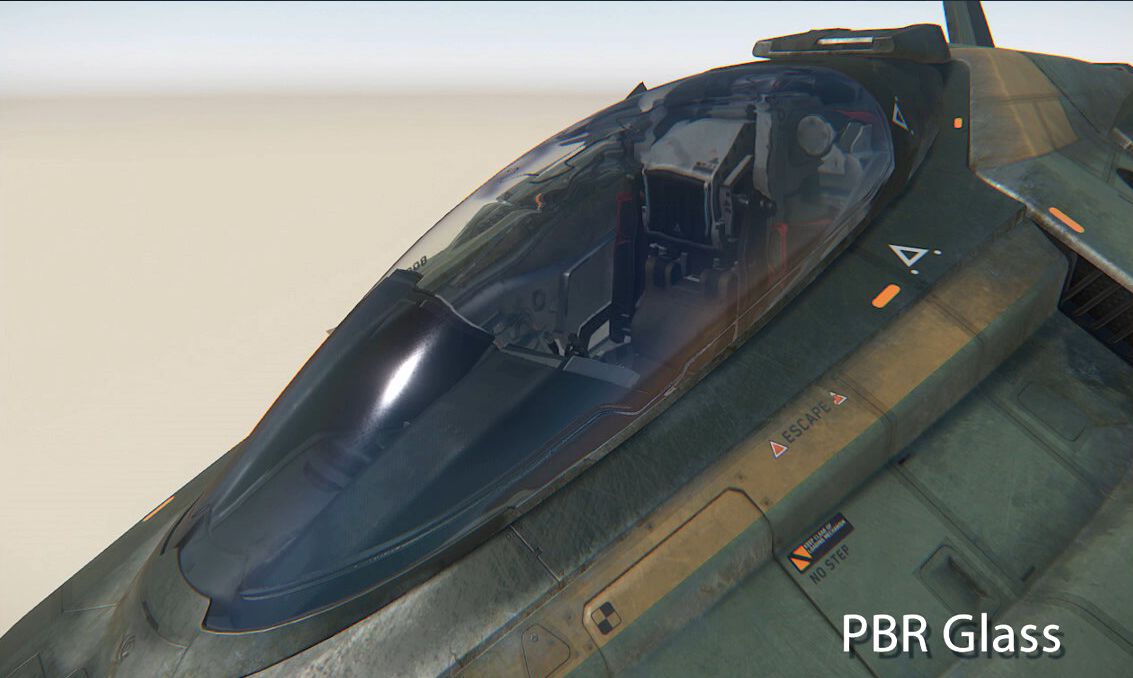 The first video is about the game’s graphics, with an in-depth dive on what makes the game look so gorgeous. We get to see a breakdown of a single frame in the game, showing everything that goes into it step-by-step.

After that, we take a look at the improvements that will come with the soon-to-be-delivered Alpha 3.0, including things like planetary rotation, server improvements, TSAA, improved occlusion, and some really impressive physically-based rendered glass.

Actually, that’s so impressive that I even took some screencaps for you, and you can find them at the bottom of the post.

Planetary rotation is perhaps one of the most interesting things: in most open world games, the environment is motionless, and the sun simply moves in the sky. In Star Citizen 3.0, the planet you’re standing on rotates, which caused all kind of technical challenges for the team to overcome, but now allows for realistically dynamic lighting conditions.

Then we get a roadmap for further near-term improvements to the graphics. This includes new hair tech, work on terrain, shaders, effects and more.

The team is also working on improving CPU parallelism in order to juice better performance out of our rigs, while on the long-term they have plenty of further improvements to the visuals of planets, space, lighting and more.

If this wasn’t impressive enough, we get a second video presenting in detail the newly-introduced Consolidated Outland Pioneer colonization ship, and the discovery and outpost-building gameplay that goes with it. Players will be able to find and claim land on planets for their own base-building purposes.

A third and fourth video show respectively the art and tech efforts that went into creating the Stanton system, and the lore of one of the game’s most fascinating alien races, the Xi’an.

On top of that, we learn that the game just passed 163 million dollars in crowdfunding, which is definitely impressive considered that it made over a million in a couple of days. At the moment of this writing, the full tally is sitting at $163,043,124 and climbing. This isn’t too surprising considering the absolutely impressive planetary footage showcased yesterday.

Before you watch the videos, you should keep in mind for the sake of full disclosure that the author of this article is also one of the backers of the game.