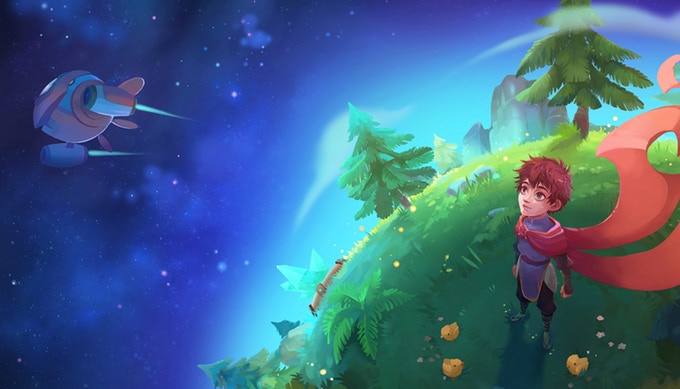 Chibig Studio has already found success for its RPG adventure title, Deiland, on both Square Enix Collective and the PlayStation Talents program. Today, the developer has announced that the game’s success is only continuing with the announcement that it has been funded on Kickstarter.

Deiland is a RPG with farming, crafting, and combat mechanics, such as what you might expect from games like Final Fantasy, Dragon Quest, Harvest Moon, or Stardew Valley. In this “calm” adventure, you play as Arco, a child who was sent to the smallest planet in the universe to awaken the magic crystal at its core.

Of course, even though the planet of Deiland is small, that doesn’t mean it is without some excitement. In addition to cultivating the land and building amenities for yourself, you will need to manage everything through the game’s day/night cycle, as well as watch out for the occasional meteor shower. You also won’t need to worry about being stranded on your little rock. You can visit plenty of other planets and get to know their inhabitants.

Deiland launched on Kickstarter with a $10,000 funding goal, primarily to allow for a PC version of the game. At this time, the game has raised over $12,000 in its five days live on the crowdfunding platform, but it’s not stopping there, having outlined a number of stretch goals, including options for new areas to explore, new characters, and new enemies. So far, the stretch goals go as high as $30,000.

Deiland is currently expected to release for PlayStation 4, and a PC version of the game could be expected as early as Q2 2018. For more information on the game, you are encouraged to visit its official website or its Kickstarter page. You can also view the game’s Kickstarter trailer in the video provided below.