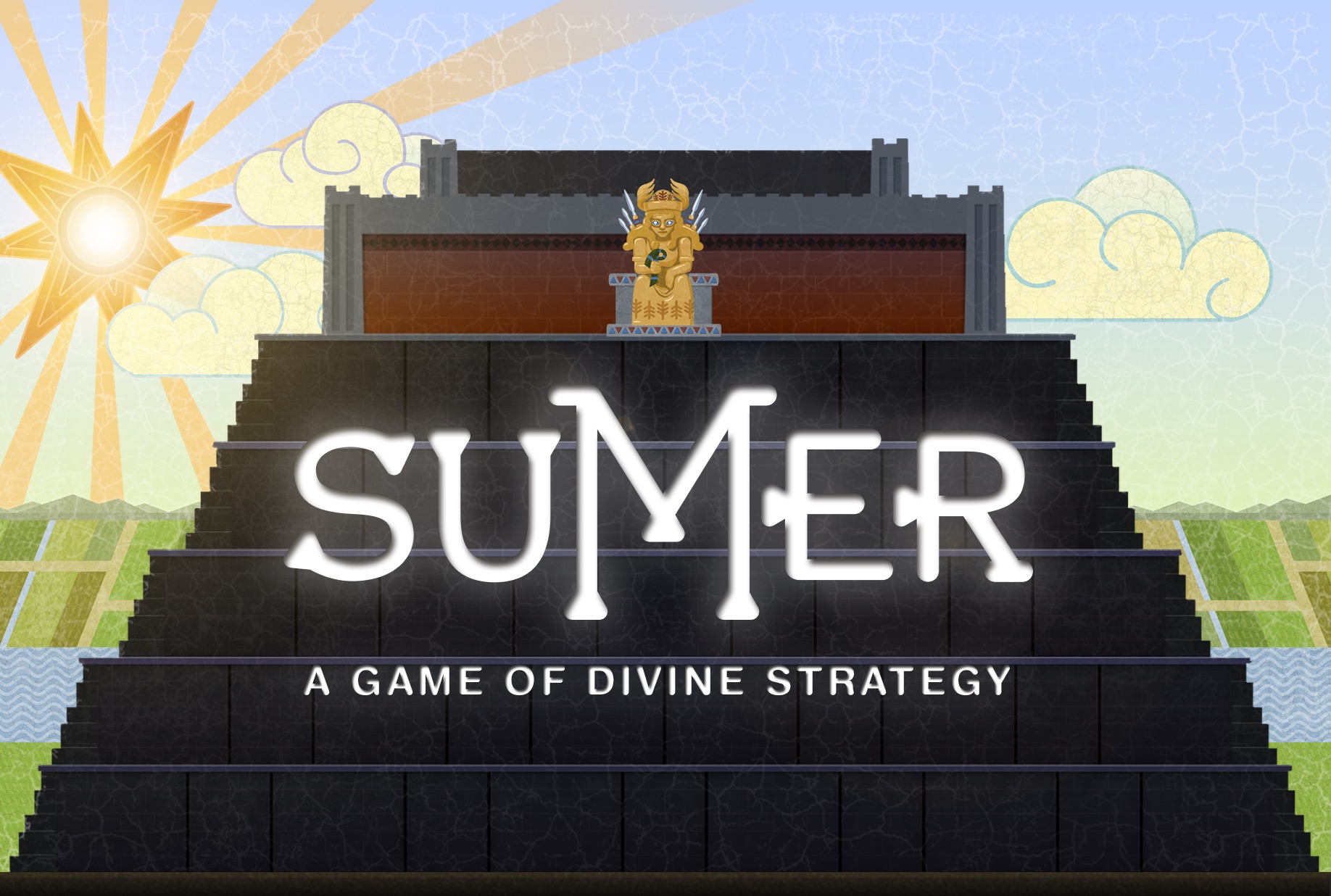 Tabletop and board games have crossed over to video games (and vice versa) in some interesting ways over the past few years. Games like the Jackbox Party Pack series have brought the hilarity of experiences like Cards Against Humanity to the living room, and even Dark Souls has made the jump to becoming a tried-and-true tabletop experience. However, developer Studio Wumpus is aiming for a bit more of a hybrid of the two with its ambitious board game-styled platformer, Sumer.

During this weekend’s PAX Unplugged in Philadelphia, PA, we had the chance to try out Sumer, an indie title that was one of the more unique games on display, especially given that it was one of the few “video games” present at the largely tabletop-focused event. Instead of being considered a traditional video game though, Sumer bills itself as a “digital board game” that takes a dash of platforming and strategy and wraps it up in a unique art style inspired by ancient Mesopotamia.

Sumer puts players into the roles of competing Mesopotamian nobles that are each trying to appease their god, Inanna, in order to become the first ruler of the mystical land known as Sumer. In order to do that though, Inanna requires a variety of sacrifices to give them their rightful claim over the land, pushing the nobles in a race to climb to the top and accrue the most resources for her by the end of the specified number of cycles (or known as “Years” in-game).

Playable by up to four at a time, Sumer divides up its gameplay into two main sections: a “Harvest” phase where players must jump up and down an ancient ziggurat and assign workers to complete tasks, and an “Auction” phase where players can bid their hard-earned resources to gain competitive advantages against the other players, which aides their goal of appeasing Inanna (such as special resources, additional workers, and more).

“Sumer puts players into the roles of competing Mesopotamian nobles that are each trying to appease their god, Inanna.”

Broken up into a variety of rounds (or “Days”), each of the nobles starts with two workers that the player chooses during each Day to assign to a specific room of the ziggurat to collect resources: early on during my demo, the main resources that players could collect included barley (which could be turned in to the bakery to make bread, or given directly to the sacrifice alters), goats (the game’s main currency), and a few others like clay, brick, and more. Ultimately, these resources provide the key to collecting points, which are tallied up at the end of the Year and determines which player will win Inanna’s favor and rule over Sumer.

At a first glance, it would appear that there is a lot to wrap your head around with Sumer, but after getting some hands-on time with the game at PAX Unplugged, the game’s deeper mechanics and overall strategies became a lot clearer. By-and-large, Sumer is fairly easy to pick up and play thanks to the game’s platformer qualities, and in playing our demo on the Nintendo Switch, the controls were easy enough to grasp between moving and jumping up and down the ziggurat temple where the action takes place (and which is randomly-generated each game).

“Anyone can really gain the upper-hand and come from behind in order to claim Sumer.”

What became apparent during my time with the game was that while Sumer looks and feels like a Mario-esque platformer, its deeper strategies definitely feel more board game-like by comparison. Sumer looked and played great on the Switch as a platformer, but I could just as effectively see the game working as a more traditional tabletop and strategically moving my character (and workers) around the board to collect resources.

The one benefit though of making this a “digital board game” is the fact that players have to be fast to get to resources before the other players can grab them, as players must guide their noble and workers to specific rooms and then back to their chambers for the next day. The faster that players complete these objectives, the more of a point bonus that they get leading into the next day, providing a nice incentive for players to complete their objectives as fast as possible (and a mechanic that likely wouldn’t work in a tabletop format).

“Sumer is fairly easy to pick up and play thanks to the game’s platformer qualities.”

Much like a more traditional tabletop game, Sumer also sets itself apart in that realistically, anyone can really gain the upper-hand and come from behind in order to claim Sumer. While I had an early lead at the beginning of the game by offering my sacrifices directly to Inanna’s alter each round (mostly with low-level resources like barley), other players during my demo instead pooled their resources into crafting more valuable items like bread and claypots.

As much as I found success early on in our round, Sumer proved that players that think in the longterm can also easily gain the advantage with some planning and careful strategy, which is what you can only ask from the best of tabletop-style games. In that sense, Sumer is more than just a platformer, and requires a healthy dose of strategy for players that want to take the crown and claim their land from Inanna.

“Sumer combines an intriguing premise with thoughtful design that effectively straddles the line between video game and tabletop game.”

With the rise of games influenced by more traditional tabletop or board game/social experiences, Sumer is one that I found pretty promising and an especially good fit for the Nintendo Switch, given its relatively “pick-up-and-play” nature (though I’m sure PC players will find much to enjoy from it, as well).

While I’m not sure that a party game inspired by the art and culture of ancient Mesopotamia is necessarily the easiest sell, Sumer combines an intriguing premise with thoughtful design that effectively straddles the line between video game and tabletop game, and is sure to add an interesting twist for those looking for a new type of party game. As the game’s tagline describes, there is “divine strategy” at work in Sumer, and it will be interesting to see how players figure out the best way to appease their gods.

Sumer is currently available on PC through Steam Early Access, and will also arrive for the Nintendo Switch – a full release for the game is currently expected this winter.

Shovel Knight Teams Up With Arby’s – What Does the Kid’s Meal Include?
Top Xbox 360 Games Pt1 🎮
Goosebumps: The Game – Debut Trailer | PS4, PS3
Destiny 2 Dinosaur Armor Vs. Monster Armor, Which One You Vote For?
Pedro Pascal Fan Art could Be the Greatest Joel Illustration Ever