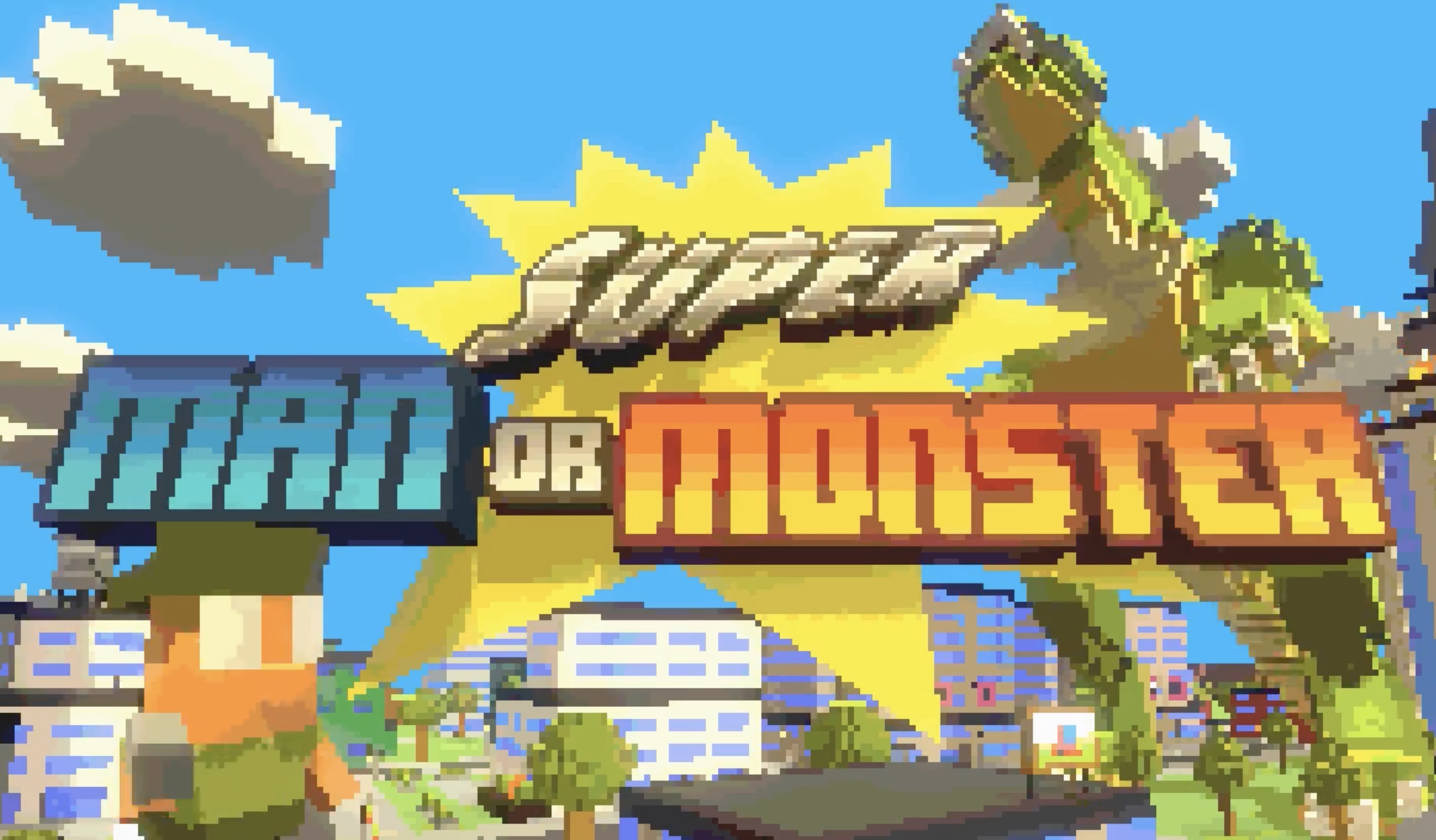 Developer and publisher Xform has announced that its moral quandary Super Man or Monster is now available for download on Steam with a special offer only available on Halloween!

In Super Man or Monster, you must choose whether you will play as a monster out to destroy the world or humanity’s last defense. As the monster, spit fire and acid. As man, traverse cities in your jetpack. As monster, devastate the world with special abilities. As man, spawn tanks, battleships, and jet fighters.

Super Man or Monster features a retro cube art style to render its 30 iconic cities. It also includes local multiplayer for you to compete against your friends.

Some out there may already be familiar with the game’s concept, as this title is a sequel to the award-winning web game Man or Monster, which was released back in 2014. The game is now available for PC for $9.74. For more information on the game, you should definitely visit its official website or its Steam page.

Below is the game’s launch trailer, featuring all of the chaos and devastation that you can expect to find.

Elden Ring Fan Takes up a Tough Challenge Until The Game’s Release Day
Madden NFL 18: Xbox One X Enhanced
Cold War Rapid Fire Moshpit: What is it? New Game Mode Explained
Destiny 2 Dinosaur Armor Vs. Monster Armor, Which One You Vote For?
Fortnite: How To Get The New Fresh Bundle