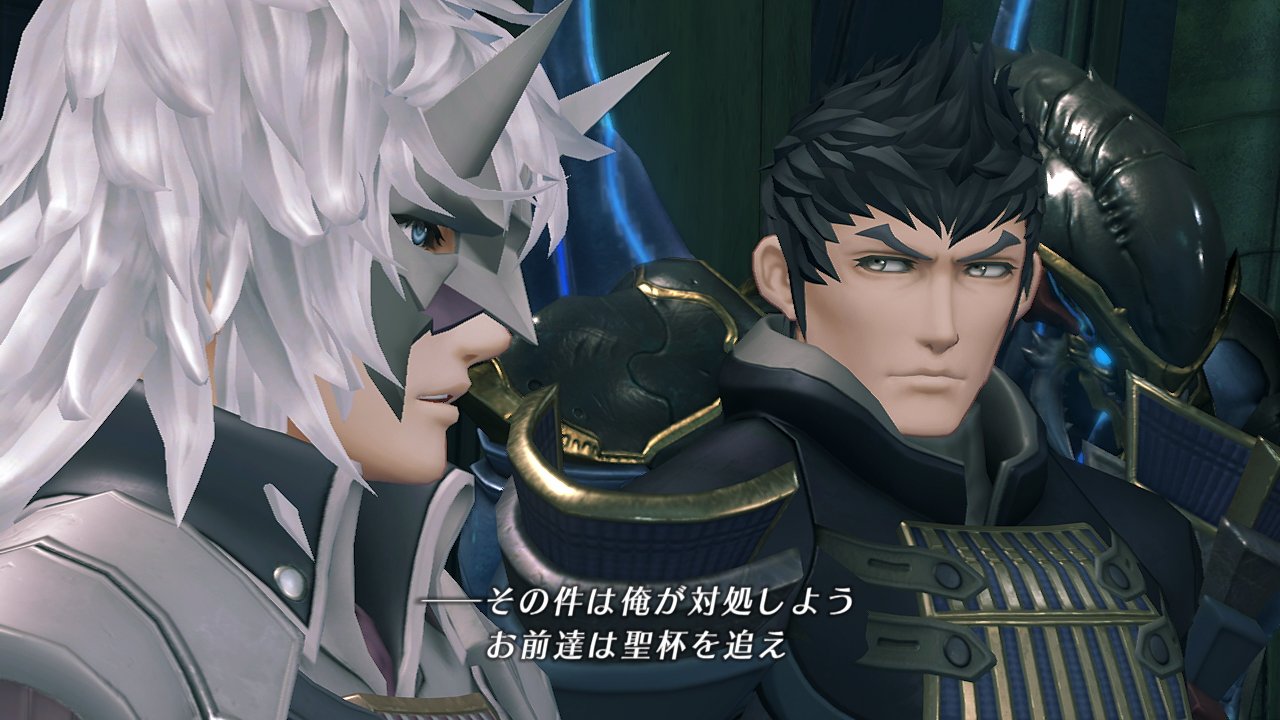 This time around, we get to see something pretty special, in the form of two characters belonging to the Torna organization, the name of which has been changed for reasons unknown, as it is common in this game: it’s called Iira in the original Japanese dialogue. Their goal appears to be to capture Pyra.

First of all, we meet  Shin, the commander of Torna, voiced by Takahiro Sakurai in Japanese. He is a mysterious masked man with a calm demeanor, but he will do everything he can to achieve goals. He also appears to hide a secret.

His second in command, Metsu (voiced by Yuichi Nakamura), is an extremely skilled driver with great physical strength and a rough attitude.

The most interesting detail about Shin and Metsu is that they have been designed by Tetsuya Nomura, and apparently they aren’t the only ones in the game bearing the signature of the Director of the Kingdom Hearts series. Looking at the artwork in the gallery, Nomura-san’s hand is certainly recognizable.

Do keep in mind that we don’t have specific info on the western names of Shin and Metsu, so Nintendo might end up changing those as well in the English release.

if you want to see more you can also check out more screenshots and a video from yesterday, and another large batch from a few days ago. You can also watch some recent gameplay, and the latest trailer.