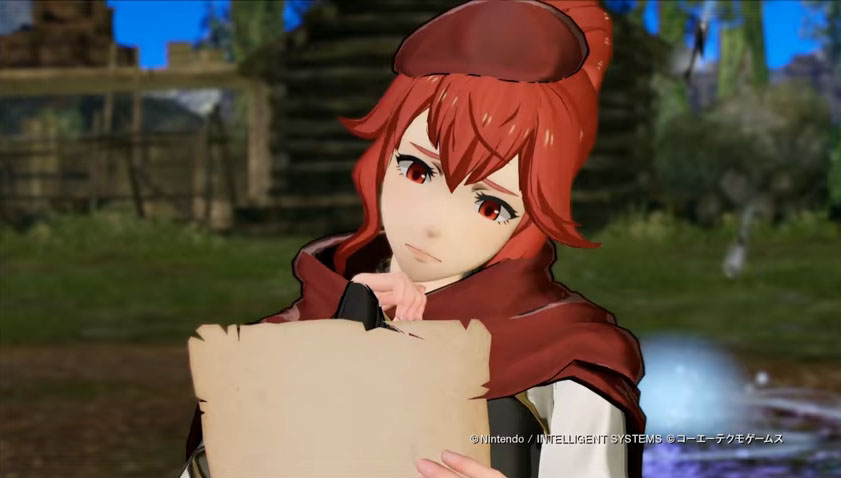 Koei Tecmo launched a new trailer for their upcoming musou crossover Fire Emblem Warriors, coming to Nintendo Switch and New 3DS on September 28 in Japan, and October 20 in North America and Europe.

The trailer introduces players to Anna, who is playable character during the main campaign. Anna has appeared in most of the Fire Emblem titles and uses a bow to take down her enemies. She can fire swift arrows at a quick speed and is an important asset to the team.

The game features an original story where the heroes must stand up against the Chaos Dragon and save the world. It’s a game created for fans of the series, but the original storyline might be reason enough for fans of only musou titles to be introduced to the Fire Emblem series, which is originally a strategy RPG game.

Fire Emblem Warriors barrows much of the musou gameplay systems, including facing off against hordes of enemies and completing missions. The game also features bonding scenes where players can learn more about the characters through a series of events.

If you want to see more, you can check out the new screenshots introducing Tiki and Caeda, you can enjoy another reveal of Lyndis, the one for Celica, two trailers showcasing the heroes from Fire Emblem: Fates,  and another trailer showcasing Chrom, Male Robin, Cordelia, Frederick, Lucina, Female Robin and Lissa from Fire Emblem Awakening.

Also, the opening movie was also release showing an epic display of all the characters‘.

You can watch the opening movie below:

FIFA 21 Playtime Controls Live Now On Consoles and Web App
The Last of Us TV Series at HBO Greenlit, Production to Begin Soon
7 Things to Do First With Your Xbox Series X
IO Interactive Set to Reveal Next Project on November 19
Kingdom Hearts: Tetsuya Nomura On The Future Of The Series, Foreshadowing, Shelved PS3, PS Vita Game Projects, Music And Yoko Shimomura