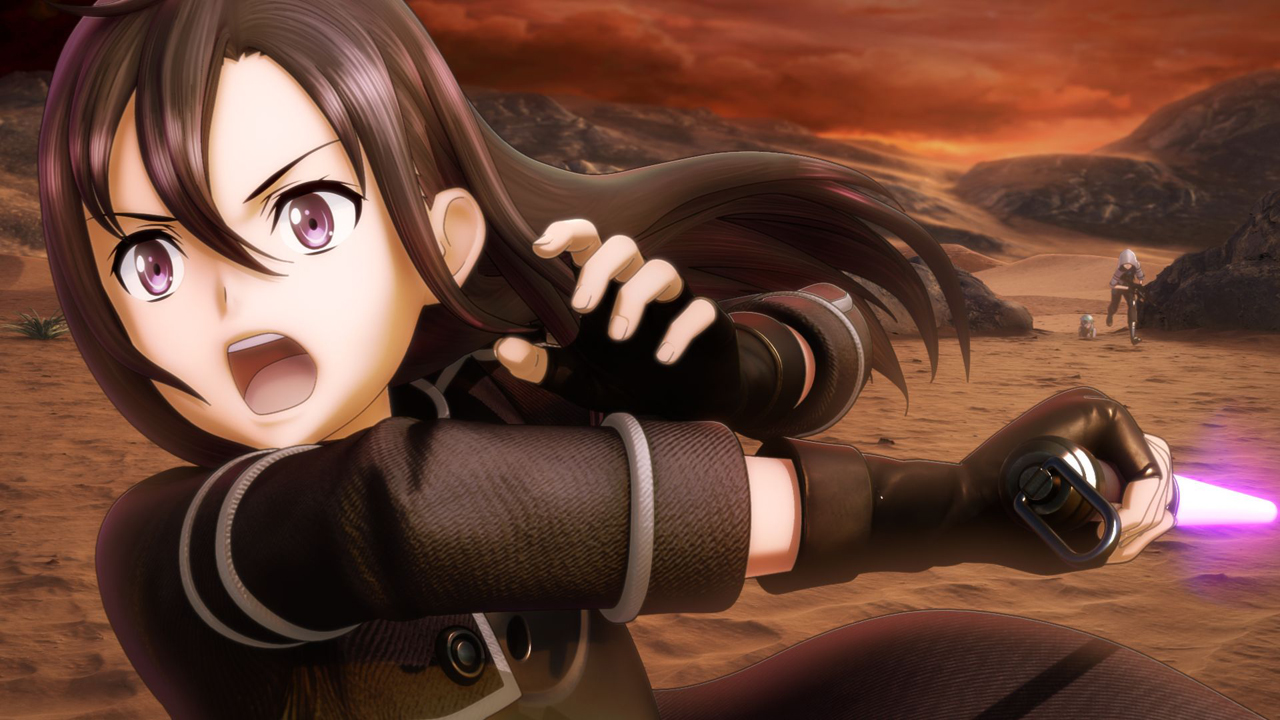 The trailer showcases the character creation that will allow players to create their own heroes, new characters Kureha and Zeliska, and the return of many characters from the series, including Death Gun.

Character creation is really deep thanks to a series of sliders, and weapons will come in several kinds, designed to look as realistic as possible. We also get to see the new costumes for returning characters for their first appearance in Gun Gale Online. It’s worth mentioning that both Kirito and Sinon will have new looks as well.

On top of the trailer and slides we also see some gameplay featuring the custom hero as the protagonist.

A third video showcases one of the most interesting aspects of the game, the character customization, the variety of characters we can create, and the many weapons they can use.

After that, more slides showcase the new key art with the original hero back to back with Kirito, and the fact that the partner AI can be fully customized like the main character, including its gender.

Event CGI is also coming as usual for Sword Art Online games, letting players appreciate the cast in various situations: this includes swimsuit events and the much beloved fanservice-based ones.

On top of that, LLENN and Pitohui from the Sword Art Online Alternative Gun Gale Online manga will also appear in the game.

We then get the presentation of the season pass (costimg 3,000 yen, which translates into 27 bucks), that will include three different DLC. A rather rich Collector’s Edition will also be available in Japan, alongside a Premium Edition including the game and the season pass for 11,200 yen.

Interestingly, an event for the 5th anniversary of the Sword Art Online games will be hosted on February 17th, 2018, and we can expect to hear more about the future of the series then.

You can enjoy the videos and slides below, and if you want to see more of the game, you can check out the another trailer showing the custom hero and new members of the cast, on top of some PS4 gameplay that yours truly recorded in Tokyo.

Sword Art Online: Fatal Bullet will be released in Japan on February 2nd. we still don’t have a date for the west, but it’ll come in early 2018 for PS4, Xbox One and PC.