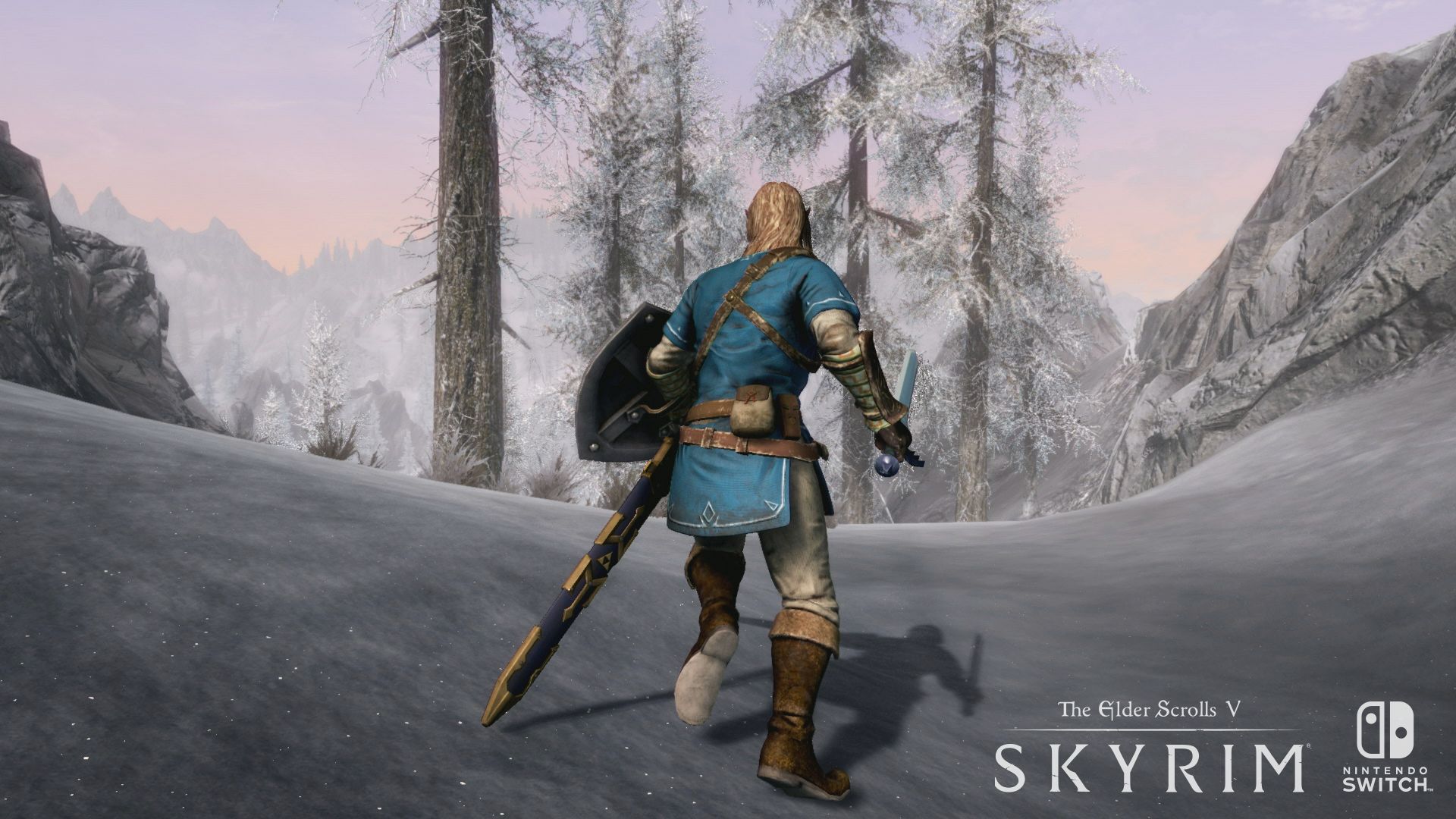 I won’t deny that seeing Skyrim running on the Switch during the console’s initial teaser trailer definitely piqued my interest a little bit back when it was shown around this time one year ago. Ultimately, it seemed like a weak game to get people hyped for a brand new console in 2017, and while the game is old news, this doesn’t necessarily mean that it isn’t a great fit for the handheld console hybrid.

I didn’t get very long to dive into Skyrim again on the Switch, but I did have a chance to experience some of the new features that’ll debut in this particular version in a hands-on demo with Nintendo. Motion controls, amiibo support, as well as tabletop and handheld mode will all be making their debut on Skyrim for the Switch. Most of these features are welcome additions, but there’s no chance they’re compelling enough for returning players to jump back in for $60.

Unfortunately, I’m worried that Bethesda is in over their heads expecting Switch owners and Nintendo fans to dish out $60 for a game that’s nearly seven years old now with a few new features included. It’s all the more sad because the game is actually a great addition to the console’s library. But with titles like Fire Emblem Warriors and Super Mario Odyssey both having released within the past few weeks, it leaves me wondering: who is actually going to buy this game come mid-November?

“I’m worried that Bethesda is in over their heads expecting Switch owners to dish out $60 for a game that’s nearly seven years old now with a few new features included.”

The motion controls on the Switch can either be hit-or-miss, based on my experience with them while playing Skyrim. If you’re really keen on playing the title with motion controls on, the ideal way to do so would be with the game in TV mode, so that you have enough room to move and swing your arms (I used the motion controls in tabletop mode). Out of everything, swordplay controlled the worst and using a shield felt awkward with the tiny Joy-Con controllers.

What did work though was using a bow and magic, which ironically is usually what I use the most in Elder Scrolls games anyways. Aiming with the Joy-Con in Skyrim reminded me of how they’re used in Splatoon 2, and the controllers were always accurate.

Out of the three modes you can play The Elder Scrolls V: Skyrim in on the Switch, I’d say that tabletop mode was the least enjoyable of them all. I found myself squinting a lot while playing in this mode, as opposed to handheld mode where I was able to hold the console closer to my face. If you’re a returning Skyrim player, you’ll definitely want to check out the game in handheld mode; as someone who has played through Skyrim at least three times, playing it this way definitely felt like a relatively fresh experience.

“Aiming with the Joy-Con in Skyrim reminded me of how they’re used in Splatoon 2, and they were always accurate.”

I also got some hands-on time with the Master Sword, alongside the Hylian Shield and Link’s tunic from The Legend of Zelda: Breath of the Wild that are available through the game’s amiibo support. These tiny additions that take advantage of the amiibo are nice, and I’m hopeful we’ll see more from them in future updates. Personally, I’d love to see some companions added into the game through amiibo, like some of the heroes from Fire Emblem or Wolf Link, for example. After playing Skyrim on PC for so long, items don’t personally get me too excited since mods on the PC version have spoiled me.

If you were wondering how the game runs on Switch, I’d say it sits somewhere in between the last console generation versions and the Special Edition remaster that was released late last year. Overall, it basically runs fine for what it is, and looks pretty great at 30 frames per second on a handheld too. I definitely did not expect to ever have the illustrious world of Skyrim in the literal palms of my hands.

“I’d personally love to see some companions added into the game through amiibo, like some heroes from Fire Emblem or Wolf Link, for example.”

If you’ve never experienced The Elder Scrolls V: Skyrim before, then the Switch port is a great way to jump in for the first time. Every single piece of downloadable content will be included in this version of the game, meaning you won’t run out of things to do anytime soon. Unfortunately, if you have experienced this world before, you may want to wait for a price drop of some kind, as charging $60 for a title that is seven years old (even one like Skyrim) might be a lot to ask.

The Elder Scrolls V: Skyrim will be available on the Nintendo Switch on November 17th, 2017.