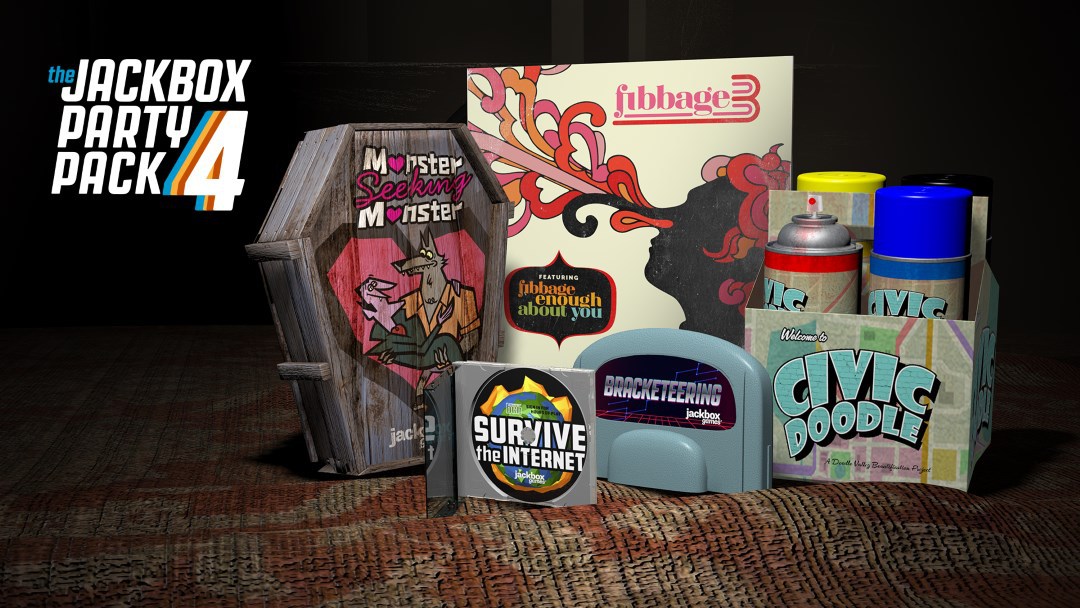 For several years, Jackbox Games has brought gamers wacky collections of various party games to enjoy with (almost) everyone, with the company’s latest collection, The Jackbox Party Pack 4, set to arrive in just a few weeks.

Developer Jackbox Games has announced that The Jackbox Party Pack 4 will release in mid-October, with the title to release for PS4 on October 17th, October 18th on Apple TV (4th generation only), and October 19th for Nintendo Switch, PC, Mac, Android TV, Amazon Fire TV, and NVIDIA Shield. Finally, the Xbox One version of the game will arrive on October 20th, 2017.

Overall, The Jackbox Party Pack 4 will feature “five-and-a-half” new party games for players to enjoy from their living room, with descriptions for each of the included games below:

Watch Dogs Legion 1.11 Patch Notes – What Bugs Have Been Fixed?
Tniwe Cosplay: Top 6 From Pokemon to Metal Gear Solid
Hinamatsuri Animal Crossing Items – What They Are and How to Get Them
Hu Tao Teaser Trailer Reveals How Scary She Can Be With Staff of Homa
Demon Slayer – New Giyu Tomioka Trailer Reveals More Game Features