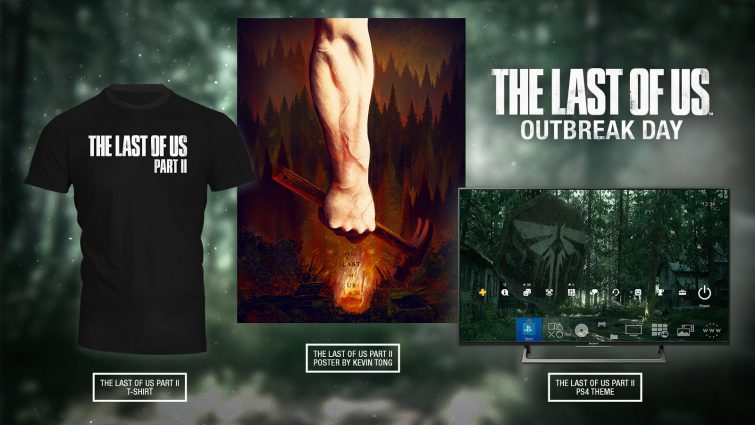 After the release of The Last of Us back in 2013, fans have much to look forward to with the development of its upcoming sequel The Last of Us: Part II, with Sony celebrating its annual “Outbreak Day” in anticipation of the sequel.

In a new post on the PlayStation Blog, Sony announced the festivities for this year’s “Outbreak Day,” which marks the in-game date that the cordyceps infection broke out in The Last of Us and acts as an annual celebration of the hit game series.

For this year’s Outbreak Day, which marks the fourth year of the event, Sony revealed a trio of new The Last of Us-themed goods that specifically highlight Part II. The first of these is a new poster from Mondo and artist Kevin Tong, with the poster available to purchase now through Friday, September 29th, 2017 — after that, the poster will no longer be available for sale.

The second item that Sony revealed is a new PS4 dynamic theme modeled after Part II, which features imagery of the overgrown neighborhood and Firefly sign first seen in the game’s reveal trailer, and features “ambient audio from the trailer, unique key tones, and animates effects.”

For a closer look at the new merchandise for Outbreak Day 2017, you can check out some images below, along with a video of the dynamic theme in action: