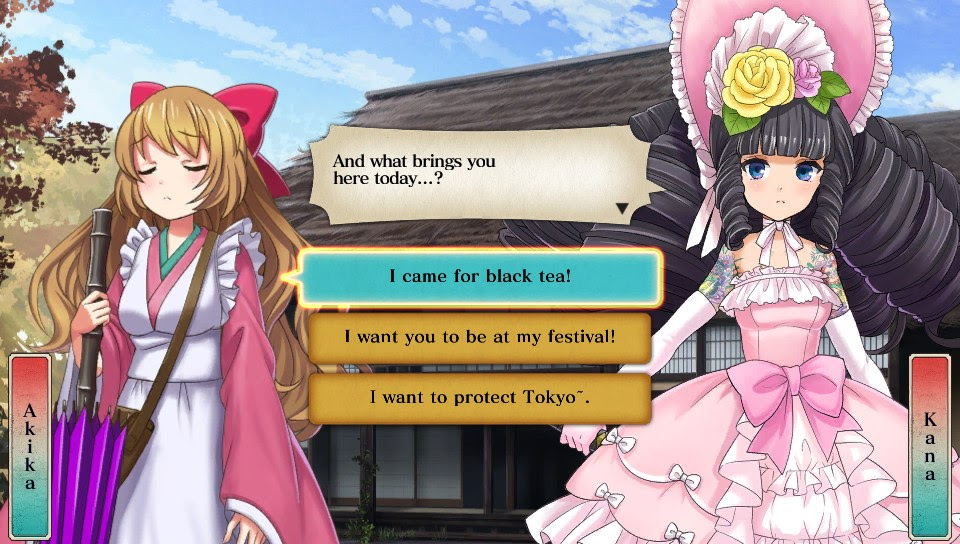 NIS America and Sushi Typhoon Games released their strategy RPG Tokyo Tattoo Girls on PS Vita and PC today, so a new gameplay trailer for the game was put out to accompany its launch. Unfortunately, those of you in Europe will have to wait until November 17 to get your hands on the game.

For those of you who may not know, Tokyo Tattoo Girls tasks players with conquering all of Tokyo’s 23 wards as they to escape a calamity that has hit the region. Unfortunately, each ward is guarded by a powerful group called the “Kumi”, so the players must defeat them in order to complete their mission.

To garner control of the different wards, players must form bonds with girls who fight with their magic tattoos. Of course, there are also a variety of different strategy game mechanics players must work with in order to build up their forces and win.

Tokyo Tattoo Girls normally costs $19.99 on both PS Vita and PC, though players can also get Tokyo Tattoo Girls Digital Limited Edition for only $29.97 and get both a digital art book and soundtrack. If you want to see more of the game, you can check out a recent trailer the highlights the game’s companions and some screenshots from Gamescom.

You can check out the launch trailer and some brand new screenshots for the game below. Tokyo Tattoo Girls is now available on PS Vita and PC in North America.

Why RatedEpicZ Banned From Twitch After His GTA 5 Stream?
Pokemon 25th Anniversary Merch – Everything Needed to Celebrate in Style
Hu Tao Teaser Trailer Reveals How Scary She Can Be With Staff of Homa
Who Is ILCA, Inc? Developers Behind Pokemon Diamond and Pearl Remakes
Fortnite: How to Get the Burst Case Scenario Emote