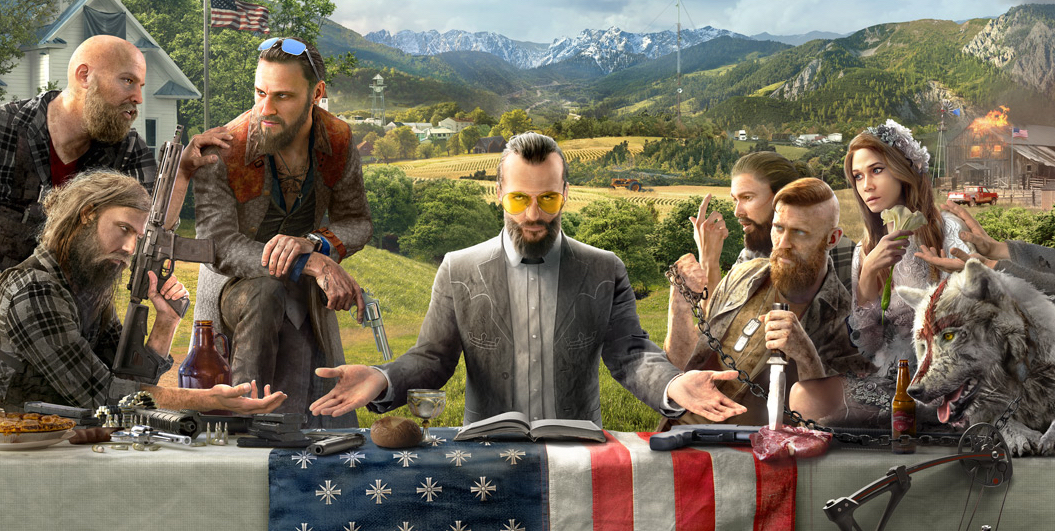 Today, Ubisoft has revealed that Dan Romer will serve as the primary composer on the highly anticipated open world first-person shooter Far Cry 5.

Romer is an award winning composer who has previously worked on films such as Beasts of the Southern Wild, Beasts of No Nation, and Gleason. Additionally, Romer has served as a producer or songwriter on countless other tracks. Most notably, Romer was the producer and strings arranger on the 2014 song Say Something by A Great Big World, which won a Grammy, as well as serving as a producer on Shawn Mendes’ 2017 track Treat You Better.

This background in songwriting will aid Romer in his work on Far Cry 5 as he will be writing original hymns for the game which will be produced by Bobby Shin and performed by the Bobby Shin Nashville Choir. In regards to the lyrics of the hymns, Ubisoft said the following:

The lyrics of these reflect the inspirations of the leadership and members of the cult while also hiding more sinister messages toward the Resistance. Each of these hymns will mix into the existing music that players experience as they explore the world or engage in combat.

Hearing that original hymns will be included in Far Cry 5 definitely fits within the fictional, cultish world that Ubisoft is trying to create. Romer seems to have a wide area of expertise if his discography is of any indication, so it’ll be interesting to see what he brings to Far Cry 5 in both these hymns and his score. If you’re interested in hearing more of Romer’s previous work, then you can check out his website.

Kojima Production’s Mascot Gives Inspiration to Seiko’s New Watch
Genshin Impact 1.4 – What Are The New Changes For Resin?
ARK Update v559.2 – Why Does the Game Look Different?
How to Kill Demented Echo in Cold War Outbreak Mode
Only on PlayStation | PS4 Exclusive Games