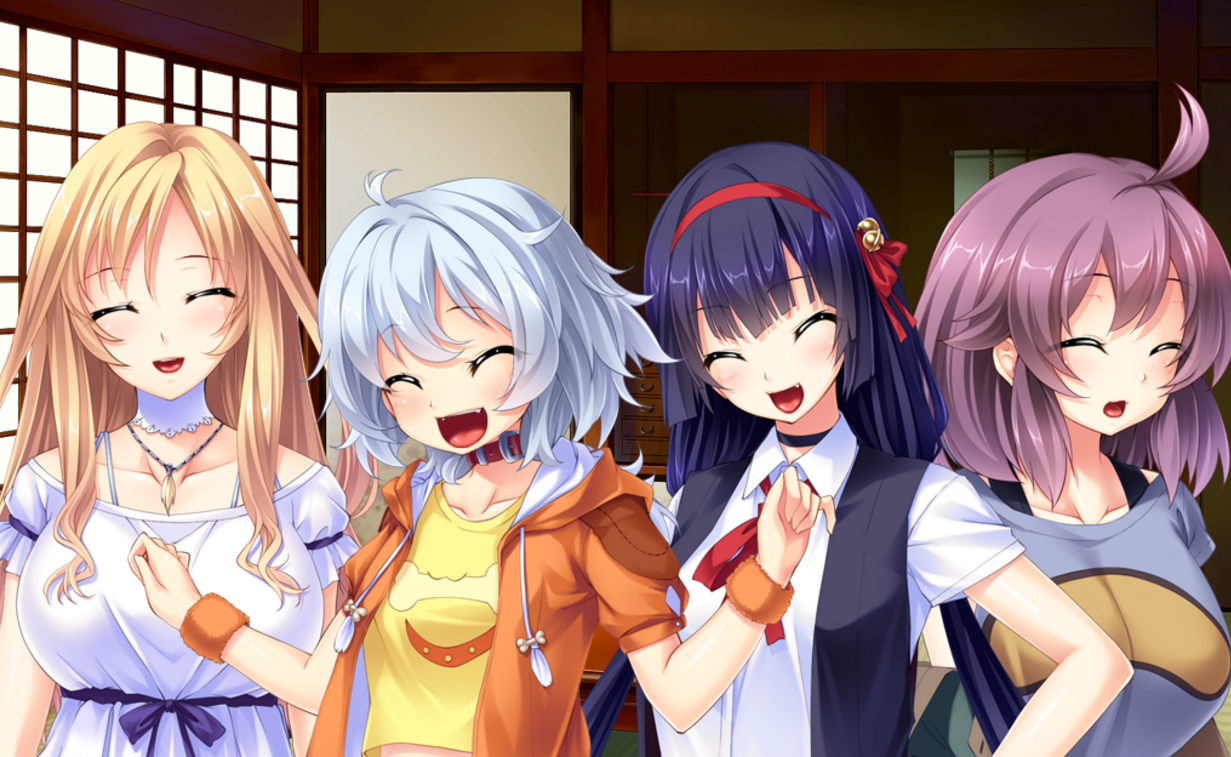 In the mood for a new visual novel? How about an old one released in a new way? Publisher Sticky Rice Games has announced that the popular Japanese folklore-inspired interactive visual novel, Wild Romance, has come to mobile devices in the West.

This updated version of the Zoo Corporation and Norn visual novel that originally released on PC comes with the characters and story that fans would expect, but also a number of enhancements. New character animations have been added, along with further language support, a new interface, and 16:9 aspect ratio. If you currently own Wild Romance on Steam, you can expect to find these improvements in an update that will be released soon.

In Wild Romance, you play as Kazuma, a boy who endeavors to reconnect with four of his childhood friends after returning to his hometown. However, he soon realizes that the girls he thought he knew are actually animal spirits in human form. Together they will discover the secrets of his town and their supernatural world.

Wild Romance is currently available on Steam for $8.99 and on Google Play for $4.99. An iOS version of the game will be coming soon. For more information on Wild Romance, you can visit the game’s Steam page or the publisher’s website. You can also watch the mobile launch trailer below, featuring a number of still images of the game’s girls.