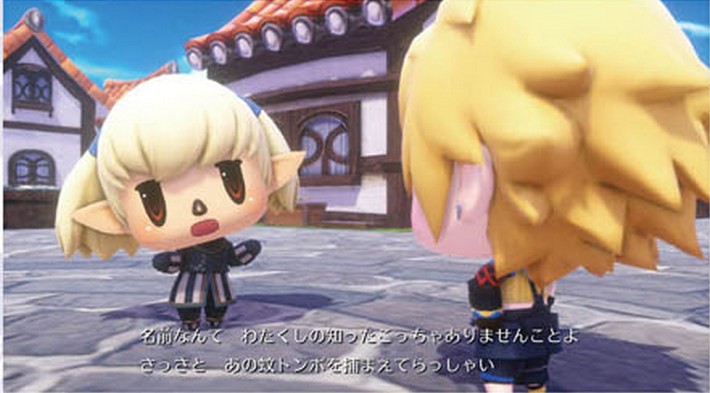 The previously PlayStation-exclusive JRPG, World of Final Fantasy, will be making its way to PCs before the New Year, according to an announcement by developer Square Enix. Nearly a year after the game launched for PlayStation 4 and PlayStation Vita, the news comes as a surprise announcement to anyone following the quirky role-playing title.

In today’s press release, Square Enix detailed that World of Final Fantasy will be released in less than a month — on November 21, 2017. Even better, protagonists and siblings Reynn and Lann will be treated to the typical Steam enhancements: STEAM Trading Cards, Achievements, keyboard/controller support, and an “extensive list of bonus legendary creatures and characters, including Sephiroth, Balthier, White Chocobo and Glow Moogle.”

Even better for people champing at the bit to pick up the game early, Square Enix is offering a Day One Edition via Steam for everyone grabbing the game before the game’s second week — November 28, 2017. Grabbing the title before then will award you a digital soundtrack sampler and wallpaper. Obviously not substantive pre-order bonuses, but nice incentive nonetheless.

World of Final Fantasy is another offshoot of the mainline Final Fantasy games, featuring chibi animation and a weird and interesting battle mechanic surrounding stacking your companions on your head to build a better-equipped and well-rounded team. DualShockers reviewed World of Final Fantasy on PlayStation 4 when it first released, awarding it an 8.0 out of 10. Since then, limited promotional updates have added some fan favorites to the series — including Kingdom Hearts’ Sora.

As mentioned above, World of Final Fantasy is currently available for PS4 and PlayStation Vita, with a PC version dropping on November 21, 2017. Check out the magical PC announcement trailer, below: