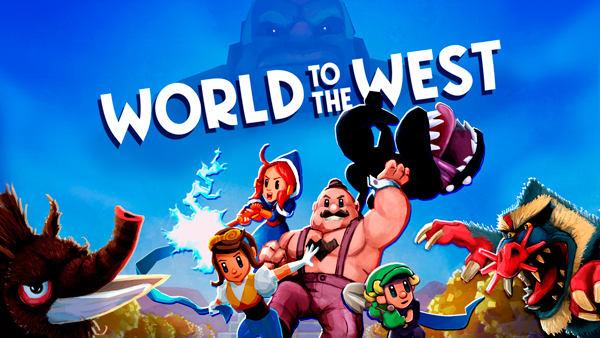 Back during August’s Nindie Presentation, both Teslagrad and World to the West popped up in a sizzle reel of upcoming Switch indie games. Recently, the developers confirmed that they will be releasing Teslagrad for Switch on December 7, and they have now followed that up with the announcement of a release date for World to the West on that platform.

World to the West will land on Nintendo Switch digitally on January 18, and will cost $19.99. No physical release of the game was mentioned. According to Rain Games, this won’t interfere with the Wii U release. World to the West was supposed to release on the Wii U alongside the other versions of the game back in May but was delayed indefinitely to improve due to technical problems, and little has been heard about it since.

That being said, World to the West is still in development for that platform, with Lead Artist Ole Ivar Rudi saying “it is being a hard optimization job, but we’re working on it as promised”. It is nice to see that Rain Games is keeping their promise to bring World to the West to Wii U, as many developers have outright abandoned the Wii U ports of some of their games in favor of Switch versions.

Peter Meldahl, CEO of Rain Games, gave a brief description of World to the West for those who may not know much about the game:

“World to the West is about the joy of discovery. In this action adventure, we have drawn from the genre’s rich past. It has also been a joy to experiment with a range of mechanics that have never been tried in a game like this before.”

If you want to see DualShockers’ thoughts on the game, you can check out our review of the PS4 version. You can also check out the game’s launch trailer below to get a better feeling for how it plays. World to the West is currently available on PC, PS4, and Xbox One, will be coming to Nintendo Switch on January 18, and then to Wii U sometime in the indefinite future.

Call of Duty Black Ops Cold War Stands at Top of the UK Sales Chart in Its Second Week of Launch
Yakuza: Like a Dragon Sequel Rumor Confirmed False By Yakuza Series Producer
Yakuza Stream to Take Place Next Month Celebrating 15th Anniversary, Announcements Regarding Future of the Series to be Made
The Game Awards 2020 Nominees Announced with The Last of Us Part II, Hades, and Final Fantasy VII Remake the Biggest Winners
Persona 5 Royal and 13 Sentinels: Aegis Rim Discounted on PSN Store