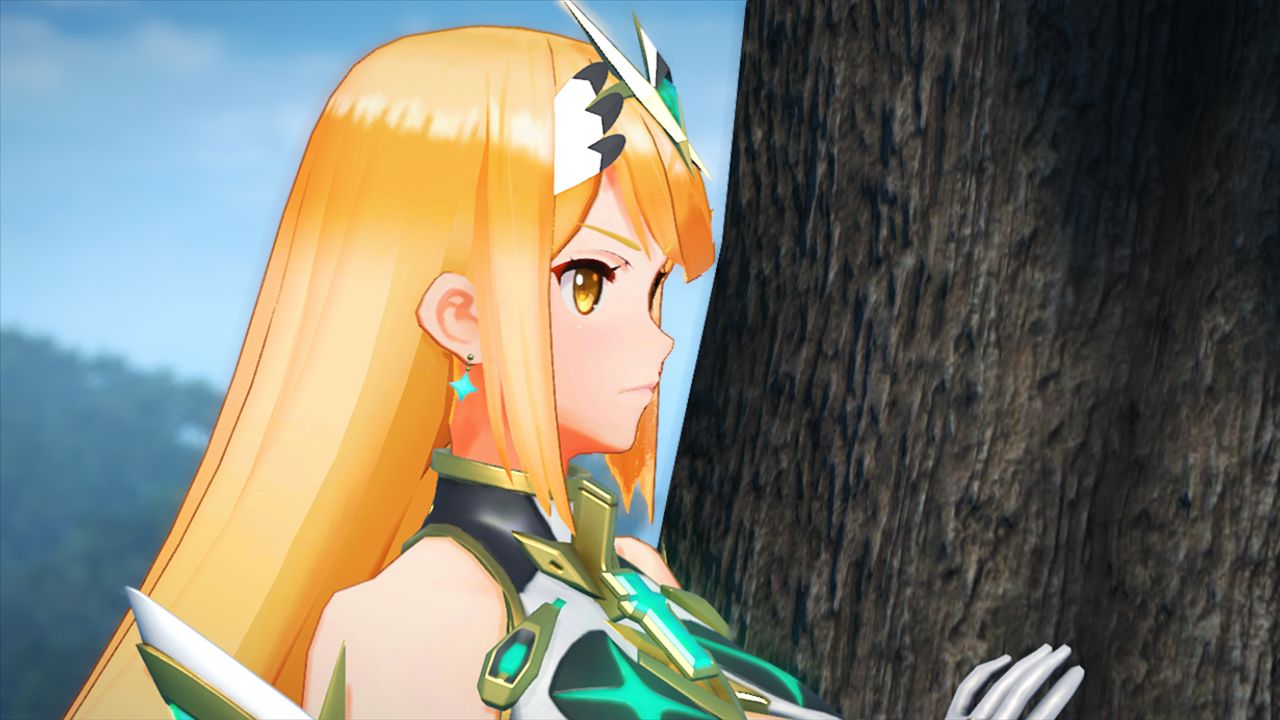 This time around we see a new rare blade named Newz. She’s a military blade with additional giant arms floating by her side. She can wield a sword with massive power.

Her military design should not surprise, as she was created by Takeshi Nogami, well known for his involvement in military anime and manga like Girls Und Panzer and Strike Witches.

Newz is voiced in Japanese by Yoko Hikasa, who previously lent her voice to Ryobi in the Senran Kagura series, Kyoko Kirigiri in Danganronpa, and everyone’s favorite Rias Gremory in High School DxD.

You can check the original artwork and video below. If you want to see more you can also check out more screenshots featuring the Argentum Trade Guild and its Boss, two characters designed by Tetsuya Nomura, one by Code Geass character designer Takahiro Kimura, and one by  Boogiepop character designer Kouji Ogata, more screenshots and a video from a few days ago, and another large batch from earlier last week. You can also watch some recent gameplay, and the latest trailer.

Halo 5 Xbox One X Enhanced Trailer
Minecraft Dungeons February Patch Notes – Flames of Nether DLC Update
Wish Upon A Lantern In Genshin Impact – All Artwork and Events
Can You Upgrade the DIE Shockwave in Cold War Outbreak? How Do You Upgrade it?
Brianna Knickerbocker – 5 Best Anime Roles From Hu Tao’s English Voice