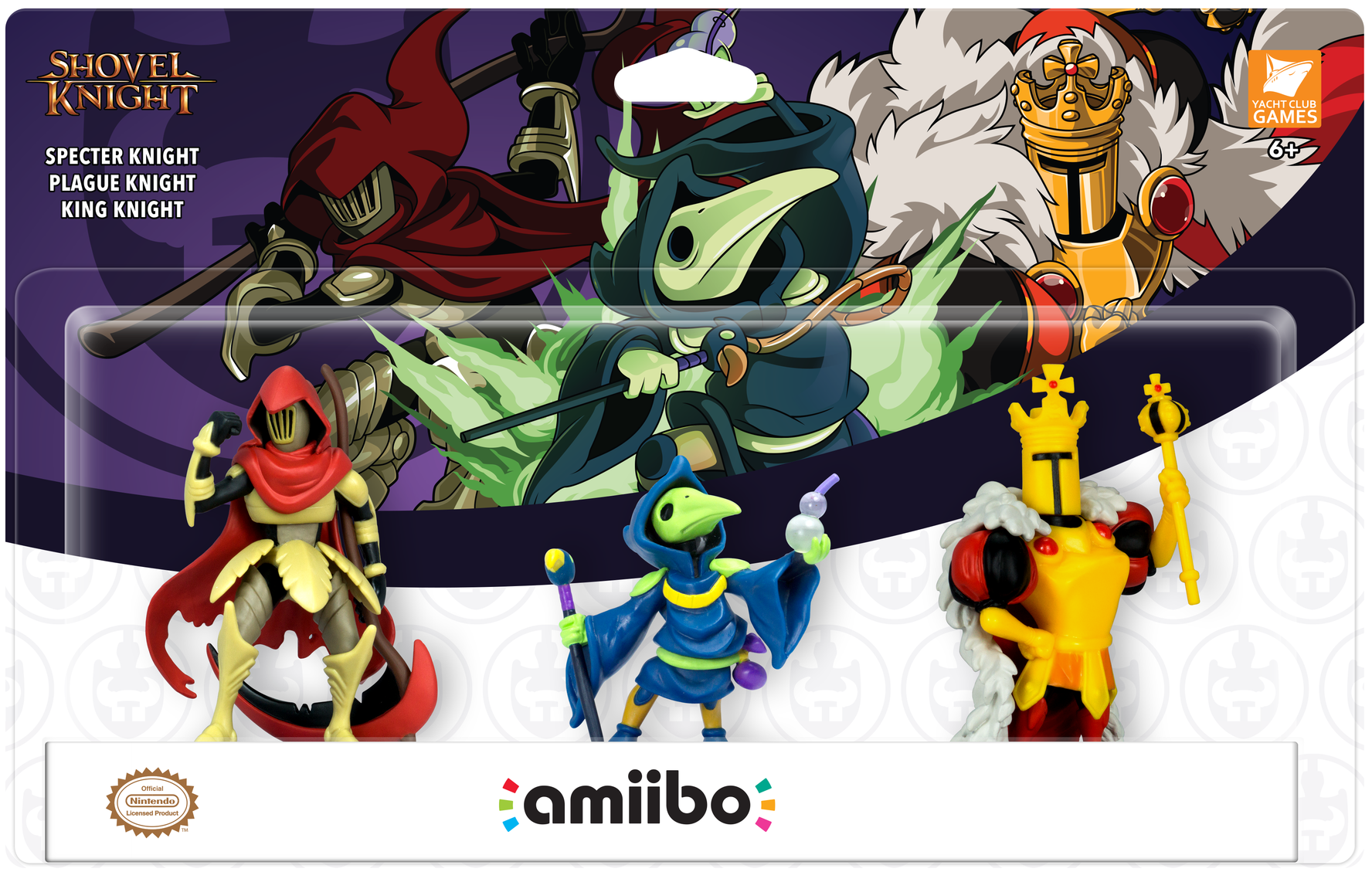 Additionally, they wouldn’t be proper amiibos unless they unlocked something: By scanning in each amiibo players will gain access to exclusive armor for each characters. These armor sets are only cosmetic and can mix and matched between any other armor sets that are available in the game.

They will also unlock a new Challenge Stage, which will put the scanned character to the test in a unique level. Lastly, players will be able to use the amiibo to summon fairy companions to the fight during the game’s campaign. By taking this companions into battle, the developer assures players they won’t get in your way.

These amiibo gameplay additions will only be available on the Nintendo Switch, 3DS, and Wii U versions of Shovel Knight. The developer adds that they will reveal the release date of the set soon.

You can check out the close up image of the amiibo packaging and amiibos themselves below:

PUBG Season 9 Is Here With Paramo, a Wild New Map
The Art of Hades Showcases the Talent That Went Into This Beautifully Vibrant Game
Apex Legends Fight or Fright Event Returns October 22
New Mortal Kombat 11 Gameplay Trailer Shows Off Rambo in Action
Pokemon Sword and Shield: Get All Ash Hat Pikachus For A Limited Time