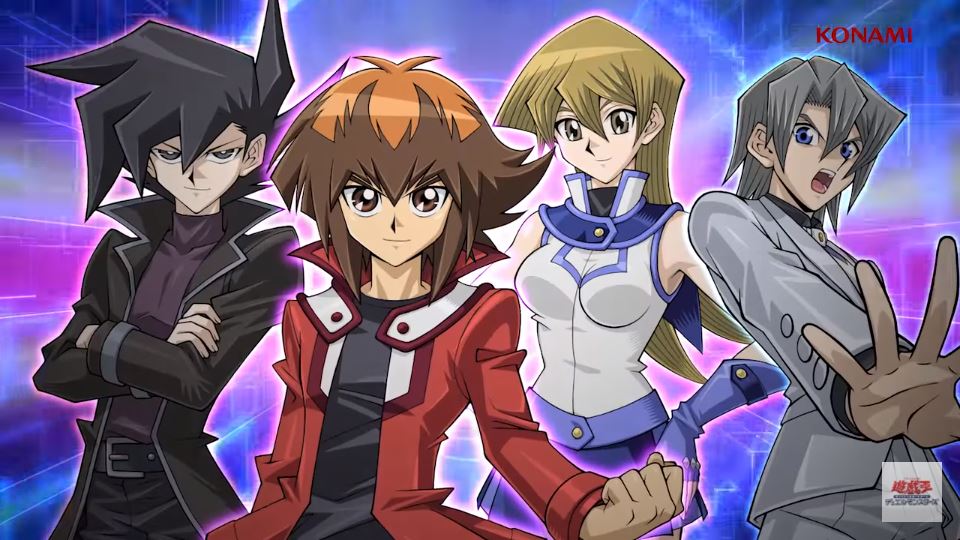 The update is centered around Yu-Gi-Oh! GX, the second series in the popular franchise. This means that famous archetypes from that era, like Elemental Heroes and Ancient Gears, will be added to the game. In addition to that, players will also be able to unlock GX era characters for the first time like Jaden Yuki (Yuki Judai), Alexis Rhodes (Tenjoin Asuka), Chazz Princeton (Manjome Jun) , Aster Phoenix (Edo Phoenix), and more.

A brand new trailer for the update, featuring the original Japanese voice actors from the series, was also released. You can check it out at the end of the article.

The GX update should be released in one week, on September 28th, 2017 to be exact.

In addition to the announcement of the GX update, Konami also revealed that Duel Links will be making its way to PC this winter. While details are scarce, it was revealed that the PC version will share the same data as its mobile counterparts, meaning that you’ll be able continue your progress no matter where you are.

While Duel Links has received smaller updates in the past in the form of character events, this is the first major update to be released. Hopefully, if this one is successful, we will get updates in the future based around the other Yu-Gi-Oh! series’ like 5DS, Zexal, Arc-V (my personal favorite), and Vrains.

Yu-Gi-Oh! Duel Links was originally released in Japan on November 16th, 2017, and in the United States on January 11th, 2017. The game is available on both iOS and Android devices.

This is what happens when you put a PS3 game into a PS5
Yakuza Creator Reflects on Past, Present, and Future of Franchise
Assassin’s Creed: Valhalla Had the Biggest Launch in the Series’ History
Doom Eternal on Switch Will Now Be Digital-Only
Cyberpunk 2077 Will Receive Ray-Tracing Support for AMD GPUs Sometime After Launch